Often (incorrectly) labeled as Marvel’s answer to Batman, Moon Knight remains one of comics most under appreciated vigilantes. Introduced in 1975’s Werewolf by Night #32, Moon Knight has maintained a consistent cult following among comic readers for nearly a half-century. With the release of his own show on Disney+ starring Oscar Isaac, everyone’s favorite mercenary-turned-superhero is finally garnering some long-overdue mainstream attention. Whether you’ve been following the character for decades or are discovering him for the first time, TLCPL has no shortage of gritty superhero comics to help you scratch your Moon Knight itch.

For more great comics, make sure to check out the offerings at your preferred TLCPL location and the hoopla app.

As a dark, street-level hero, Moon Knight is in good company in the Marvel Universe. Characters like Luke Cage, Ghost Rider, Wolverine, and The Punisher helped bring a major tonal shift to comics in the late ‘70s and early ‘80s as superheroes drifted away from the lighthearted adventures of previous decades. However, nobody personified street-level grittiness in the 1980s like Daredevil, who, under the guidance of soon-to-be legend, Frank Miller, found himself immersed in the seedy underbelly of New York. The list of former Daredevil writers and artists reads like a “who’s who” of comic book royalty, which includes Mark Waid and Paolo Rivera, who gave us this modern classic. 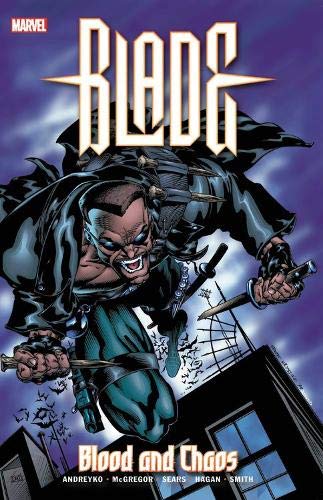 Comfortably residing in the dark, eerie corners of the Marvel Universe with Moon Knight is the “Daywalker” himself, Blade. Like Moon Knight, Blade first appeared in the pages of a long-since-canceled ‘70s horror comic (The Tomb of Dracula, in Blade’s case). This half-man/half-vampire would (like Moon Knight) cross paths with Marvel’s purveyors of the supernatural, from Morbius the Living Vampire to Ghost Rider and, of course, Dracula. With almost two decades since Wesley Snipes last portrayed Blade on the big screen, hopefully, Moon Knight’s live-action introduction can fill the void left by everyone’s favorite sun-glasses-wearing, trench coated vampire hunter. 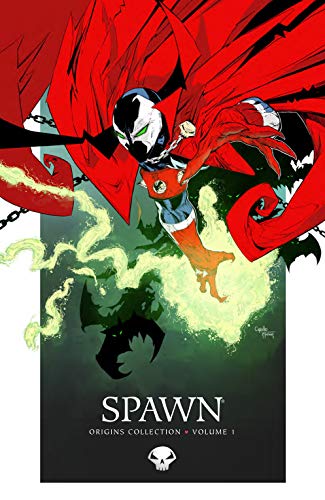 While Spawn is perhaps an oddball selection, it’s difficult to overstate the popularity of Spawn comics for those not living through its heyday of the early-to-mid 1990s. While Moon Knight was a mercenary who was brought back to life by the Egyptian moon god Khonshu, Spawn was a mercenary named Al Simmons who was brought back to life by the devil Malebolgia to lead a demonic army of evil across Earth. Thankfully for Earth, Al pushed back against his new directives to become a street-level vigilante who’s fought everyone from street gangs and murderers to the forces of Hell. Despite ebbs and flows in popularity, Spawn is notable for being consistently published since 1992, even earning a Guinness World Record in 2019 for the longest-running creator-owned comic book. The early Spawn comics, however, remain an amusing source of over-the-top superhero edginess.

When it comes to vigilantes with convoluted backstories, questionable methods, and fluctuating mental states, few antiheroes can keep up with Moon Knight like Deadpool. Although the films starring Ryan Reynolds have brought the character to a significantly wider audience, Deadpool has an appropriately weird history in comics. A thinly-veiled homage to Slade Wilson (aka Deathstroke) from The New Teen Titans, Deadpool would first appear as a villainous character in the pages of The New Mutants, and eventually X-Force, before slowly morphing into the wise-cracking, fourth-wall-breaking antihero we all know and love today. 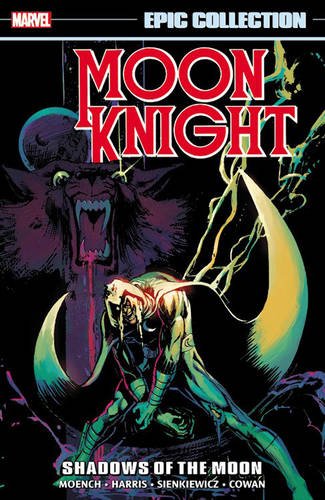 We couldn’t end this list without talking about the man himself. While there’s no shortage of impressive Moon Knight comics (those written by Warren Ellis and Jeff Lemire immediately spring to mind), I constantly find myself going back to those storylines in which Moon Knight first started to come into his own as a character who was far more than a Batman knockoff. Under the guidance of Moon Knight co-creator Doug Moench and superstar-in-the-making Bill Sienkiewicz, the character would become a dark antihero, prefiguring much of the comic book “grittiness” of the 1990s that is often attributed to Watchmen and The Dark Knight Returns.