A Glimpse of Genre: The Gothic Romance

Some rumors said she was a demon from another world. Other rumors said she was death incarnate, someone to remind us of our misdeeds. But no one had said how beautiful she was. No one had mentioned her eyes. The ones that showed color only for a second. A hint of beauty in absolute blackness. ~ Shannon A. Thompson, “July Thunder”

With Halloween upon us, the time for spooks, thrills, and terror is now. While enjoying a feeling of creepiness in the form of bone-chilling horror can be a wonderful experience, sometimes the heart wants something a bit more sentimental. To calm these yearning hearts, I would like to present the genre of Gothic Romance. While the word “gothic” may bring up images of people dressed in black, listening to “The Cure” and “Siouxsie and the Banshees,” the term goes back much farther than the post-punk 80s. 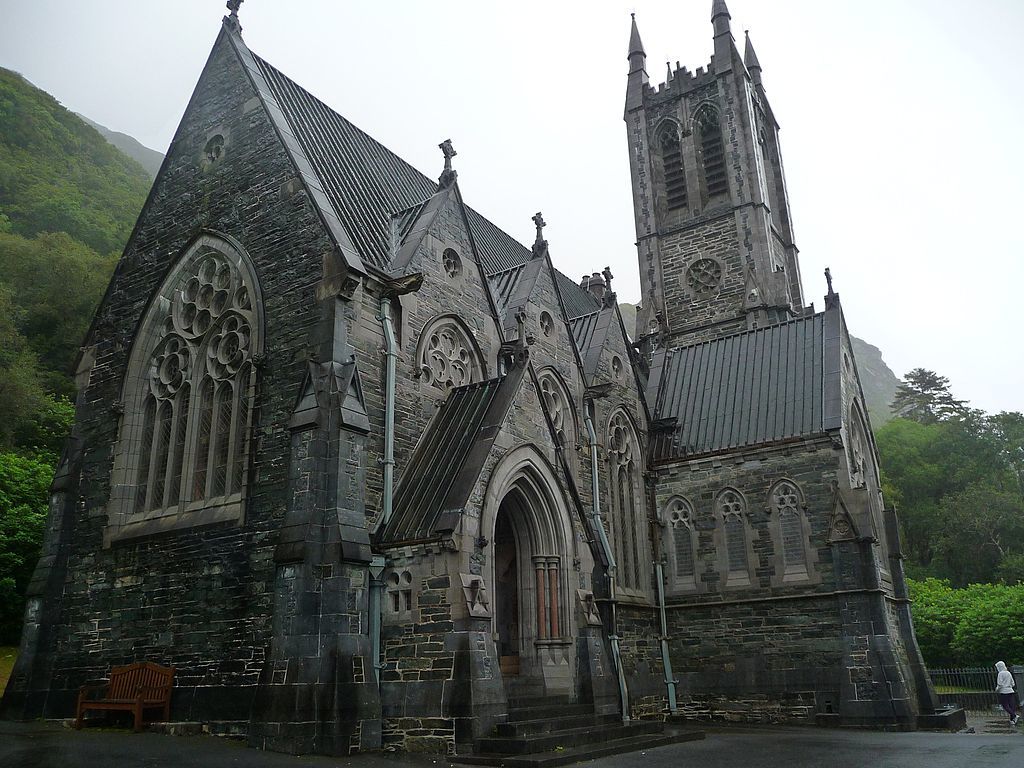 The Gothic genre takes its name from Gothic architecture, which is characterized by pointed arches and flying buttresses. This architecture, often seen in old French and English cathedrals, was associated with feelings of creepiness and anxiety, as no one had seen in buildings like this before. This feeling of uneasiness is what Gothic literature attempts to convey. Horace Walpole is often considered the father of the Gothic Romance with his 1764 publication of The Castle of Otranto. By adding something as pure as romance to the setting of the Gothic novel or movie, we are left with a disturbing tale in which we sympathize strongly with the leads’ quest for love.

While there are many directions Gothic Romances can take, there are certain features which are considered staples of the genre. Continue reading to learn more … and to find suggested readings and viewings.

In a traditional Romance, characters play an incredibly important role, as they move the action along and are what creates the actual romance aspect of the story. This idea applies to the Gothic Romance as well, though the characters usually come with a bit of a twist.

Typically, the lead of a Gothic Romance is a woman attempting to figure out what is right for her heart, and what society expects of her. She will usually have a force, often an overprotective father, standing between her and her love, though she, or someone else, will find a way around him. Regardless of whether the story is in first or third person, we experience terror alongside her and are meant to empathize with her.

Named after the Romantic poet Lord Byron, the Byronic hero is what led to the creation of the antihero. There are aspects of the Byronic hero that aren’t positive, yet the characters are written in such a way as to make it impossible to hate them, even after they do something horrendous. Some qualities of the Byronic hero include: violent temper, seductive nature, cynical, sinister secret or desire, prideful, moody, and revengeful. On the flip side, they are often capable of deep, strong affection, have a tortured soul crying out for compassion, and are viewed as solitary, suffering beings wanting love. A good way to describe the Byronic hero is as a fallen angel.

Considering the genre was inspired by architecture, physical buildings, it is not hard to guess that setting would be very important to Gothic Romances. Below, you’ll find one of the most common settings used in the Gothic novel, and what it may represent.

Often run down and in disrepair, the dark castle or old house is often used as the backdrop for Gothic Romances. These buildings are usually passed down through generations to the hero, and the estate’s poor state can reflect the sinister intentions of the owner, or represent the ways in which the heroine’s purity may be corrupted. The heroine is often trapped in this place by violent weather, a thick forest around the property, wild animals, or other characters.

Gothic Romance is all about getting the right mood across to the reader. The story should be suspenseful and thrilling with some sort of mysterious element, while still focusing strongly on the romantic aspect of the story. Here are some ways in which mood is achieved in this genre.

Atmosphere of Mystery and Suspense

Gothic Romances are thrillers, and this is reflected in the mood and tone of the writing. Oftentimes, this is conveyed through objects and sounds in the setting. Common examples include: heavy wind and rain, rusty hinges, sighs/moans/howls with no known source, the sound of footsteps, clanking chains, lights in abandoned rooms, lights being blown out, rooms with no exit, doors slamming, ruined buildings, the sound of distant dogs or wolves, thunder and lightning, and crazed laughter.

Both positive and negative, the emotions of a Gothic Romance are at an all-time high. Characters can be overcome by anger, sorrow, or terror. There is often crying and panic, sometimes resulting in the heroine fainting. The romance the characters experience is also an intense, powerful love being paired with the uncertainty of whether or not it will be reciprocated. It may also result in illicit love or lust, threatening the virtue of the heroine.

While ghosts certainly can appear in Gothic Romances, this is not the only way in which the supernatural can be displayed. There may be an ancient prophecy or omen foretelling the downfall of a character, or warning the heroine to stay away. The heroine may have visions, both waking and dreaming, or events to come. There may also be unexplained sounds or happenings. While some Gothic Romances may not have a supernatural element at all, their appearance is common enough to make this list. 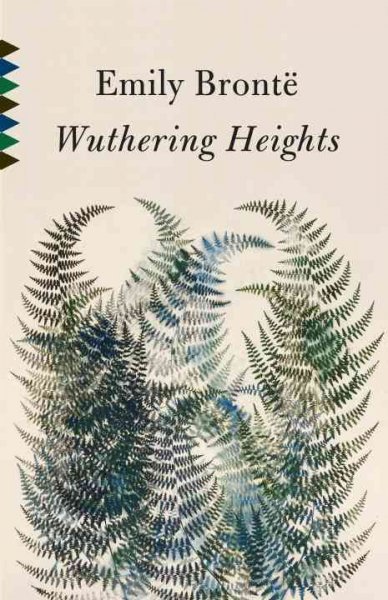 Following the young Catherine as she attempts to decide between two possible love interests, Wuthering Heights is an unyielding examination of mental illness, and the ways in which it plays into our passions and desires. As one of the classic Gothic Romances, it exemplifies the character aspects mentioned, and has characters which have become the main examples of Byronic heroes.

Poor Jane, an orphan with no one to love her, seems to catch a break in life when she becomes the governess of the mysterious Mr. Rochester. Though class separates them, they begin to grow close as she spends more time at the estate. However, when odd acts of violence begin to occur in the household, Jane is left to investigate on her own what the yelling and screaming she hears at night is all about.

Print | eBook | eAudio Movie based on the book (2011, directed by Cary Fukunaga) 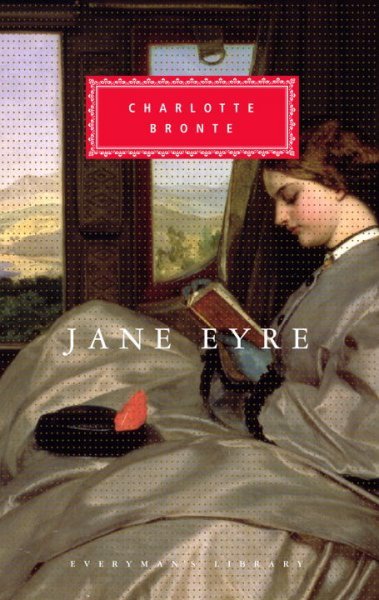 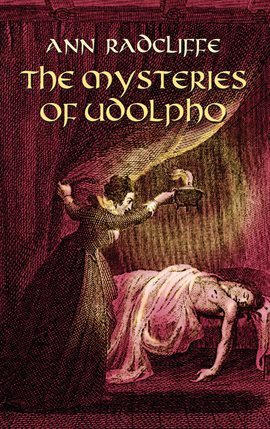 Where Walpole is the father of the Gothic Romance, Radcliffe is the mother. Much like Jane, Emily is an orphan looking for more in life. However, rather than accepting a role which will help her raise her station, she is instead imprisoned in Castle Udolpho by a nobleman named Motoni. Suffering torment after torment at his hands, Emily must find a way out of the castle, which seems almost alive itself.

The Haunting of Maddy Clare by Simone St. James

Unlike many of the other titles on this list, this novel is set much closer to our own time, occurring after WWI. This novel focuses on Sarah Piper who, by the referral of her temp agency, begins working with a ghost hunter to discover why the ghost of Maddy Clare is haunting the barn she committed suicide in. Will she be able to calm this violent spirit, and help her to find peace? 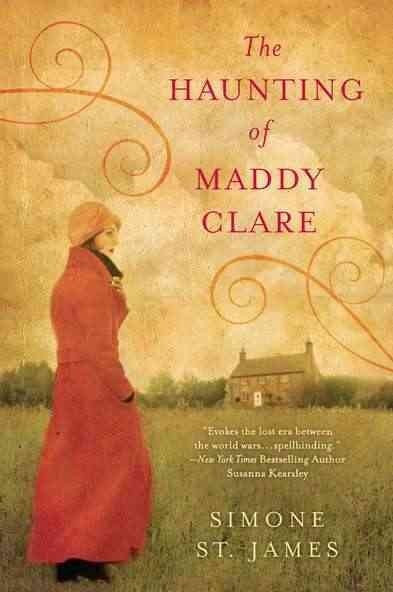 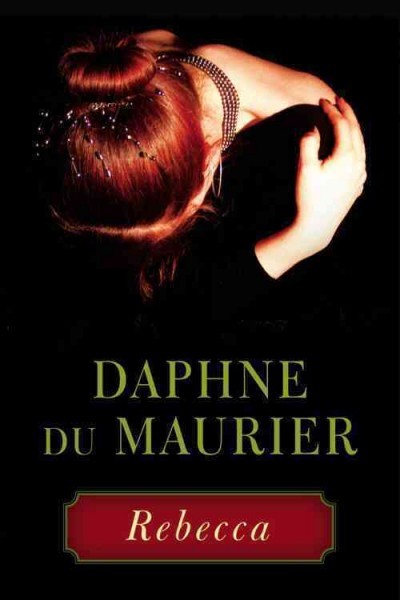 This story follows an adoring heroine who, to her own disbelief, falls in mutual love with a gorgeous and rich man, Maximillian de Winter. However, after being whisked away to his manor after a quick marriage, she begins to realize there are dark secrets haunting these halls, and comes face to face with the dark ghostly figure of her husband’s late wife, Rebecca.

Print | eBook | eAudio Movie based on the book (1940, directed by Alfred Hitchcock)

The Shadowy Horses by Susanna Kearsley

After a young boy claims to have seen the ghosts of the lost Ninth Roman Legion, archeologist Verity Grey and her strange employer begin to look deeper into what lays in the fields by the sea. Will she make a discovery that makes her career, or will she find other horrible secrets buried in that rocky resting place? 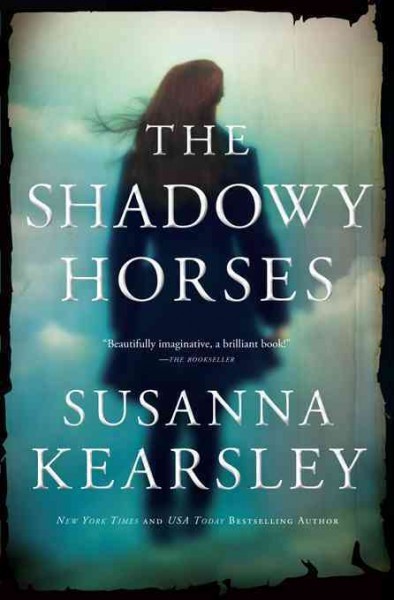 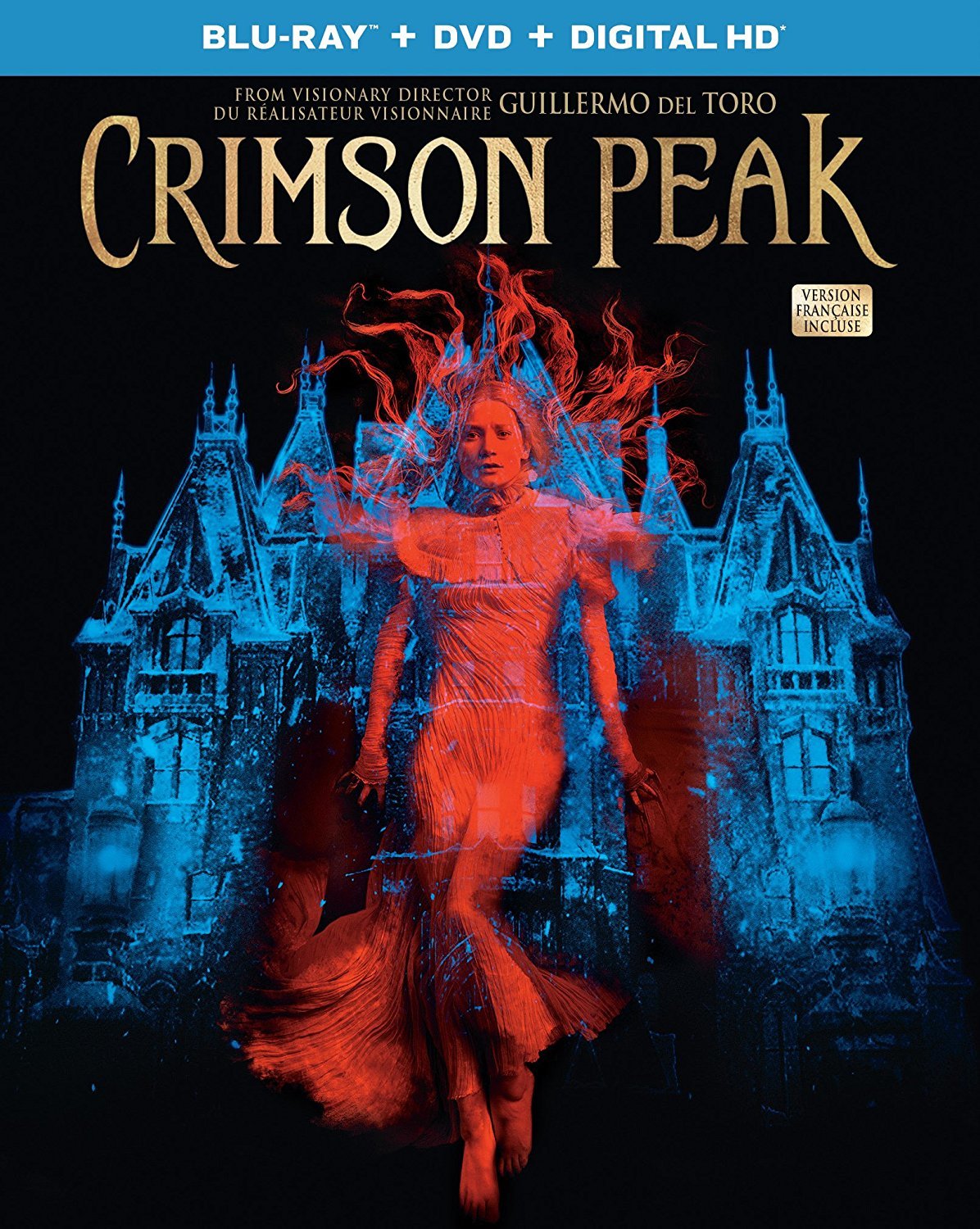 Originally marketed as a ghost movie, Guillermo del Toro’s 2015 movie Crimson Peak is perhaps the best modern film attempt at the Gothic Romance. Following Edith, a young heroine who is swept away by a dark mysterious man to a place her mother’s ghost warned her of as a child, this story focuses Edith’s attempts to uncover the horrible secrets of the estate. Toro has stated in interviews the he studied Gothic Romantic literature when directing the film, and even mentioned some of the above titles as inspiration.

While many of the novels on this list have similar elements, they all address their subjects in very different ways. Some focus more on the ability to move up in class, while others focus on what it means to be in love, while others leave us just wanting our heroine to escape her circumstances alive. Pick up a Gothic Romance today, and let yourself be overcome with terror.

An Introduction to Gothic Literature – ThoughtCo.com