9 Asian-American Playwrights You Should Know

The Asian experience in American theater has long been entwined with controversy – often because of its absence. Musical theater works like The Mikado, The King and I, and Miss Saigon were all written by creators who didn’t have Asian backgrounds and all dabbled, to varying degrees, in inauthenticity and stereotype. Worse yet, these shows’ Asian characters were often played by non-Asian performers in a pernicious tradition known as yellowface or whitewashing.

Of course, if you dig into the details, the historical record’s more complicated than that. For instance, despite some problems with its depictions of Asians and Asian culture, the original production of Rodgers and Hammerstein’s Flower Drum Song in 1959 broke ground by casting performers of Asian descent to play many of the Asian roles; the show launched the long career of Jack Soo, who later became TV-famous on the sitcom Barney Miller. And that same season there were four other shows on Broadway with Asian themes and Asian-American actors in their casts.

But the default position of American theater toward Asian-American voices and performers has tended to be one of erasure and neglect. In 1991, a highly visible and organized protest greeted Miss Saigon’s casting of the white actor Jonathan Pryce as a Vietnamese pimp. And in 2014, theater leadership finally seemed to start hearing audience objections to The Mikado’s traditional reliance on yellowface casting – a mere 129 years after Gilbert and Sullivan wrote the thing.

Meanwhile, the stereotypical representations of Asian characters and cultures in shows like these is a separate issue, one that calls for more diversity among the playwrights writing the scripts in the first place.

It’s fair to say that after a period of fitful invisibility, Asian-American playwrights have enjoyed a surge of activity in recent years. In a New York Times piece, Cathy Park Hong chronicles how the New York theater scene was poised to see an explosion of new plays by writers of Asian descent in 2020, until the pandemic hit and closed rehearsals. As the theater tentatively reopens along with the rest of society, will those playwrights still be poised to find a place on American stages?

Until we know for sure, the plays listed below offer a taste of the kinds of voices that have been largely underrepresented. 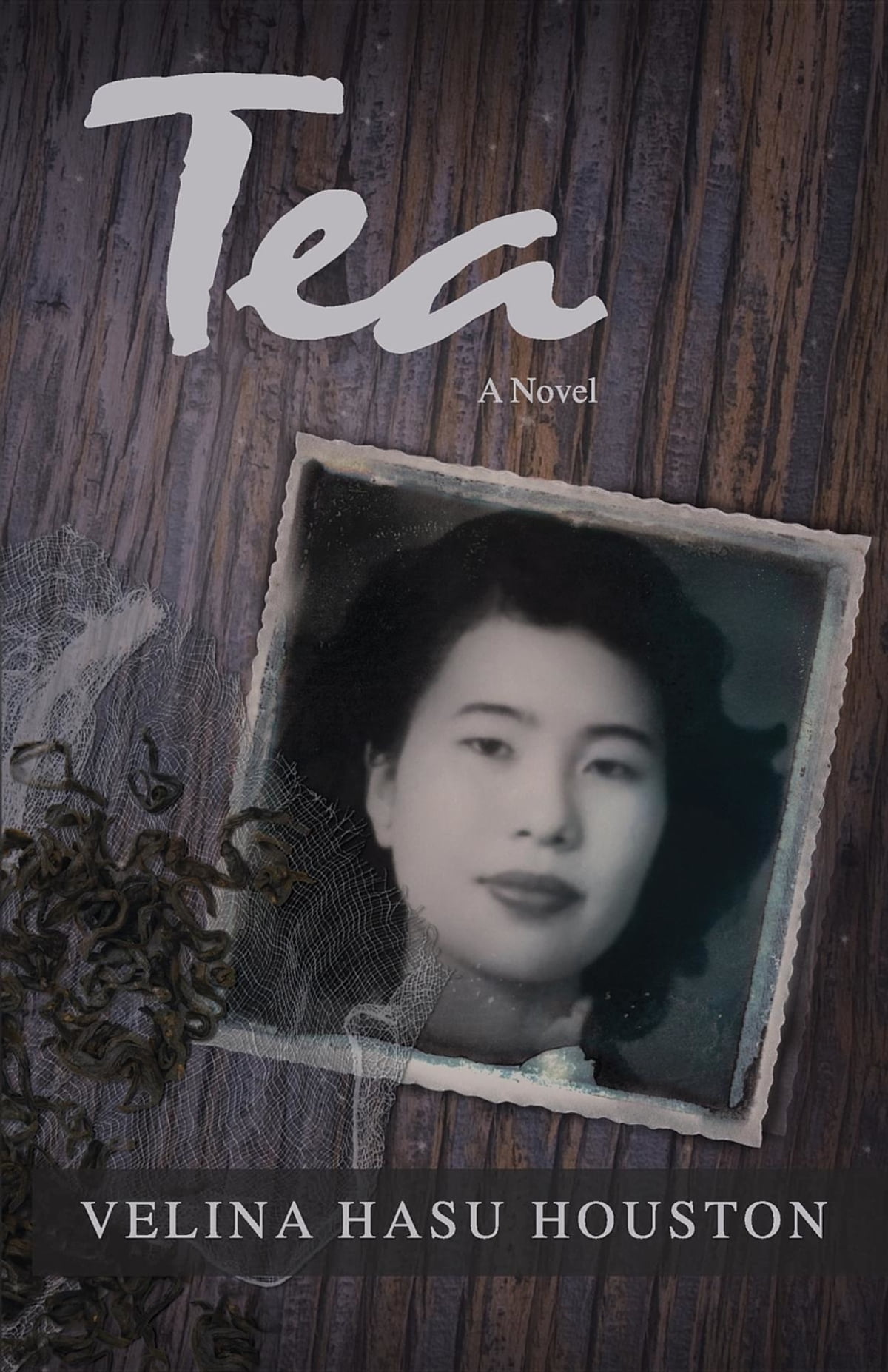 Houston’s much-produced play centers on a community of Japanese women, each married to a WWII American soldier, who find themselves transplanted to the Kansas heartland and trying to make sense of their lives and their past. 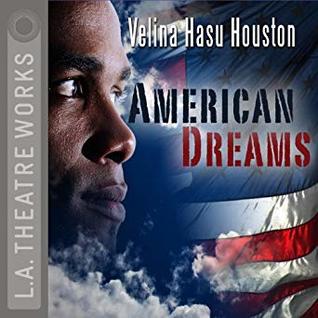 Like Tea, this play also concerns the Japanese wife of an American soldier, but instead of bucolic Kansas – this one arrives in the roiling melting pot of New York City, where racism erupts among the Black and Asian characters.

A Tony winner and a Pulitzer finalist, this play – a riff on the opera Madama Butterfly — established its young playwright as a major American dramatist. Its intricate story of a French diplomat who falls in love with a Chinese opera performer who he thinks is a woman but is secretly a man – a misunderstanding that somehow persists for years and comes to involve international espionage and, presumably, some complicated mechanics. Written too long ago to engage with contemporary awareness of the full spectrum of gender identities, the play instead grapples with complicated ideas about Western stereotypes of Asian masculinity.

Songs My Mother Taught Me by Wakako Yamauchi

In plays like And the Soul Shall Dance and The Music Lessons, Yamauchi dramatizes family dynamics amidst the social and economic pressures on Japanese immigrants in 1930s California. 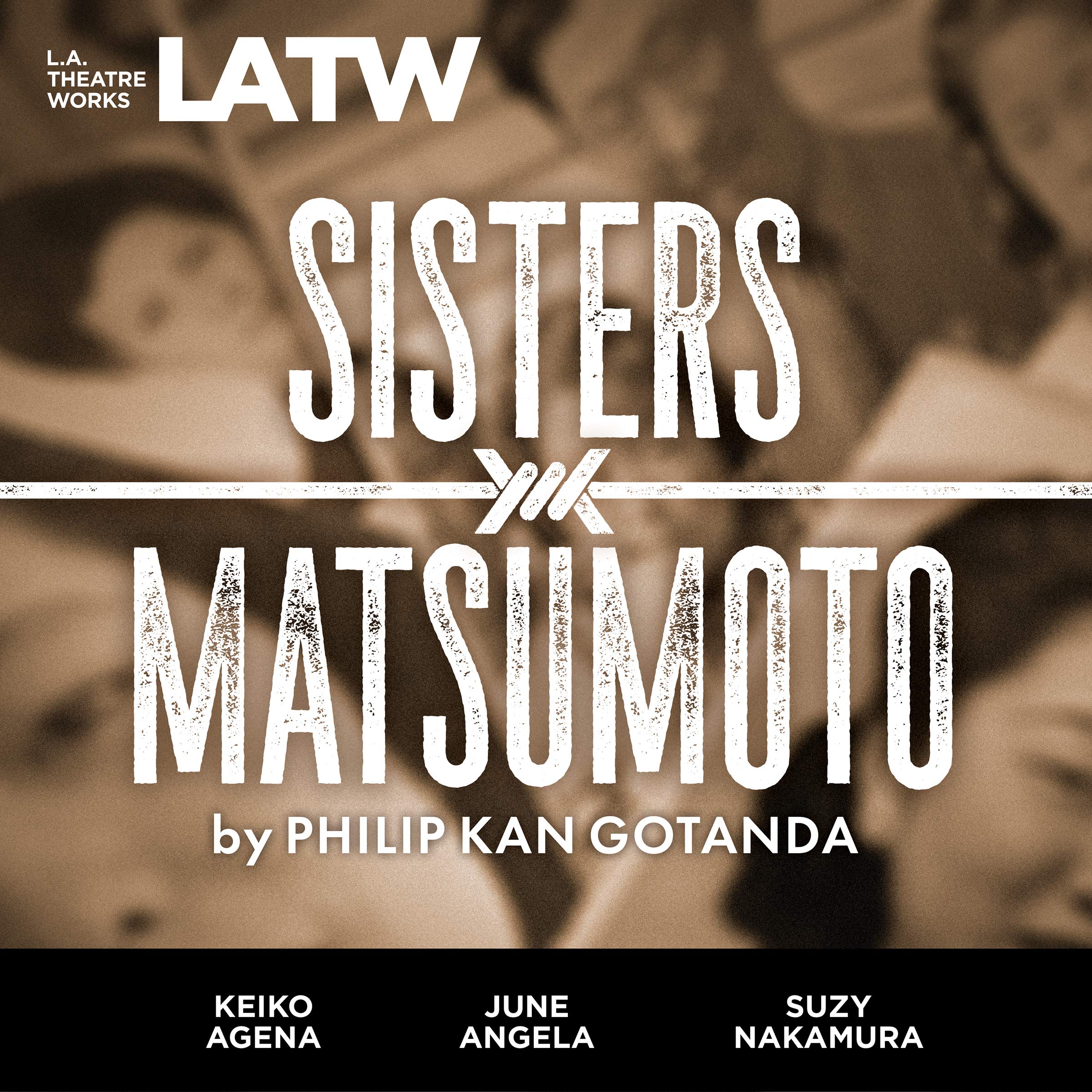 Like Yamauchi, Gotanda writes here about Japanese-Americans in midcentury California. In this case it’s three sisters (paging Anton Chekhov!) trying to put their lives back together after being detained in a US internment camp.

Stop Kiss, an intense character-centered drama about the effects of anti-gay violence, made a huge splash on the Off-Broadway scene in 1998. It launched several careers, including Sandra Oh of Killing Eve, Jessica Hecht of Friends, and playwright Son, whose work you’ve almost certainly seen on The West Wing, Law and Order: Criminal Intent, or Blue Bloods. 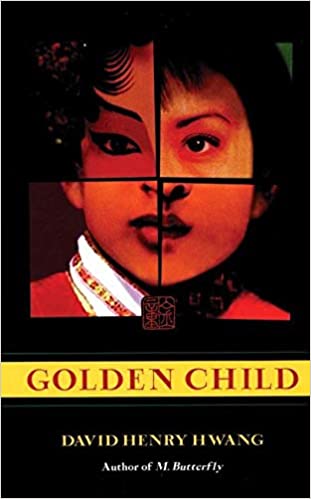 Another Hwang play to reach Broadway, this one anatomizes clashes of culture by traversing time and space: from the USA to China, from modern day to 1918.

Songs of the Dragons Flying to Heaven by Young Jean Lee

Young Jean Lee is one of the boldest and most interesting artists in the American theater today and she seemingly reinvents herself with each new play. Songs of the Dragons Flying to Heaven is her play which engages most specifically with her experiences as a Korean-American, a self-aware and self-lacerating masterpiece of metatheatre that confronts anti-Asian hatred even as it critiques itself for making art about anti-Asian hatred. 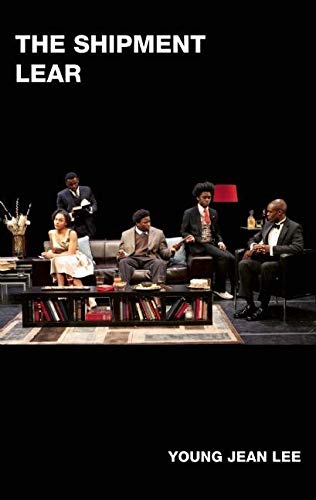 The Shipment and Lear by Young Jean Lee

Lee goes on The Shipment to engage with racist stereotypes about Black Americans in a play that’s experimental and uncomfortable and, like Songs of the Dragons, unexpectedly funny. Not everyone thought Lee’s treatment of the subject matter was entirely successful but as always, she’s nothing less than fearlessly candid.

Lee’s been quoted as saying that she decides what to write her next play about by thinking of whatever scares her most, and in this case what scared her was the idea of performing in her own show singing songs of her own composition. She’s not really a singer, see, and the songs are poppy rockers about mortality, and anxiety, and loneliness, and humiliation. So, you know, challenge accepted. 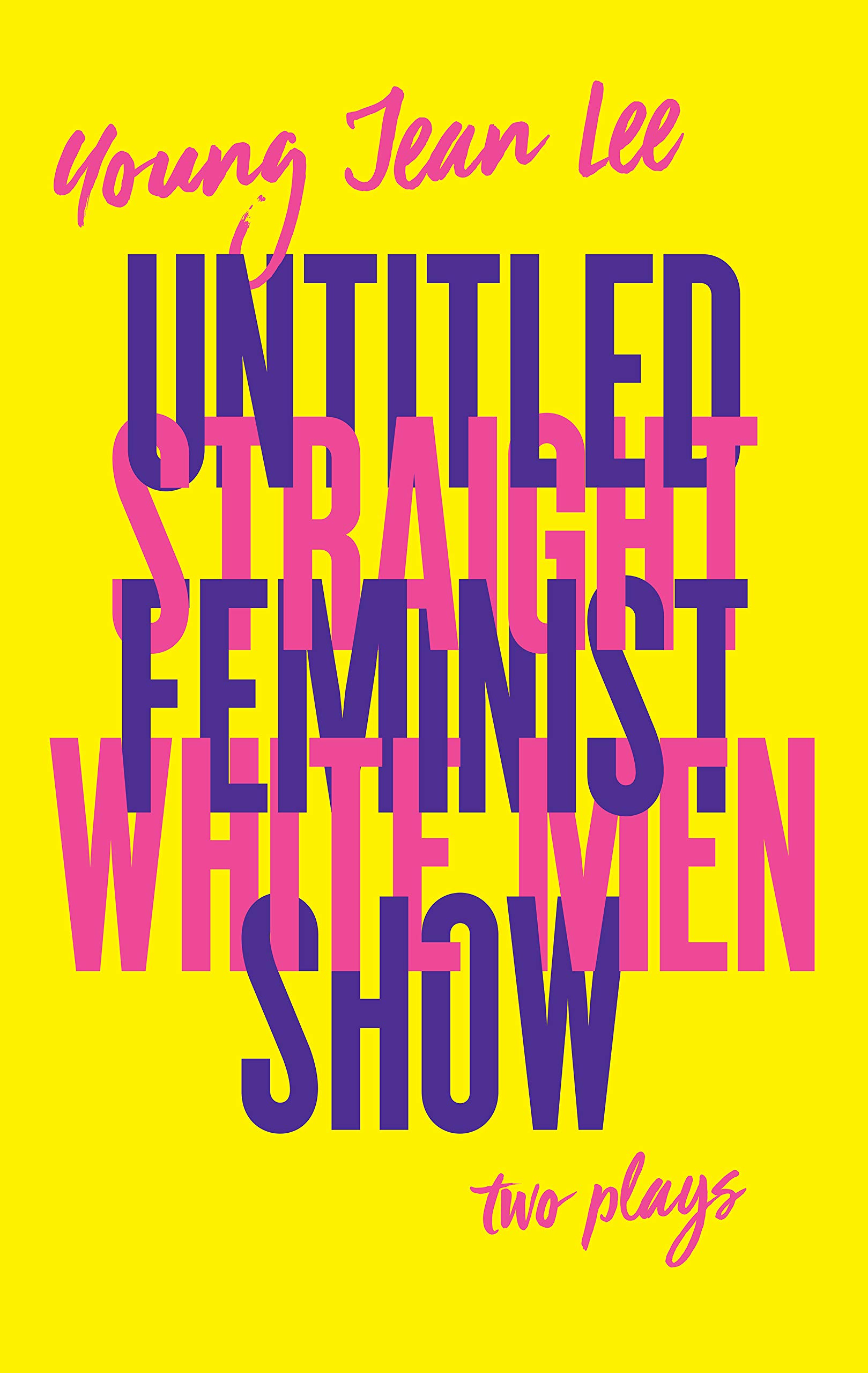 Improbably, with Straight White Men, Lee became the first Asian-American woman to have a play on Broadway. Of course, it was a play about, well, straight white men, but y’know…baby steps. 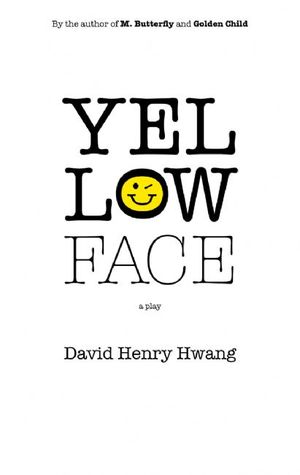 Hwang gets playful, metafictional, and self-critical in this play which got him his third Pulitzer nomination. He himself is a character in the play, which interrogates his own role in the yellowface casting controversies that embroiled the embattled production of Miss Saigon.

Hwang returned yet again to Broadway with this incisive portrait of an American businessman who travels to China to score a lucrative contract but finds that linguistic mistranslations are only a symptom of deeper cultural misunderstandings. 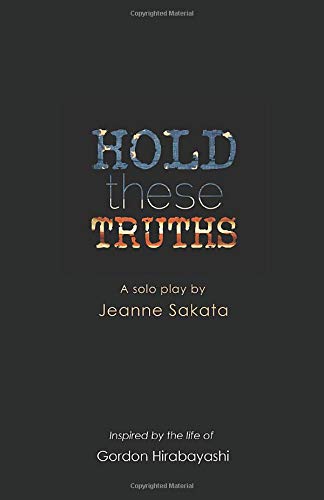 Hold These Truths by Jeanne Sakata

A prolific film and TV actor, Sakata wrote Hold These Truths about the US government’s Japanese internment during WWII. Her play For Us All also deals with that atrocity. 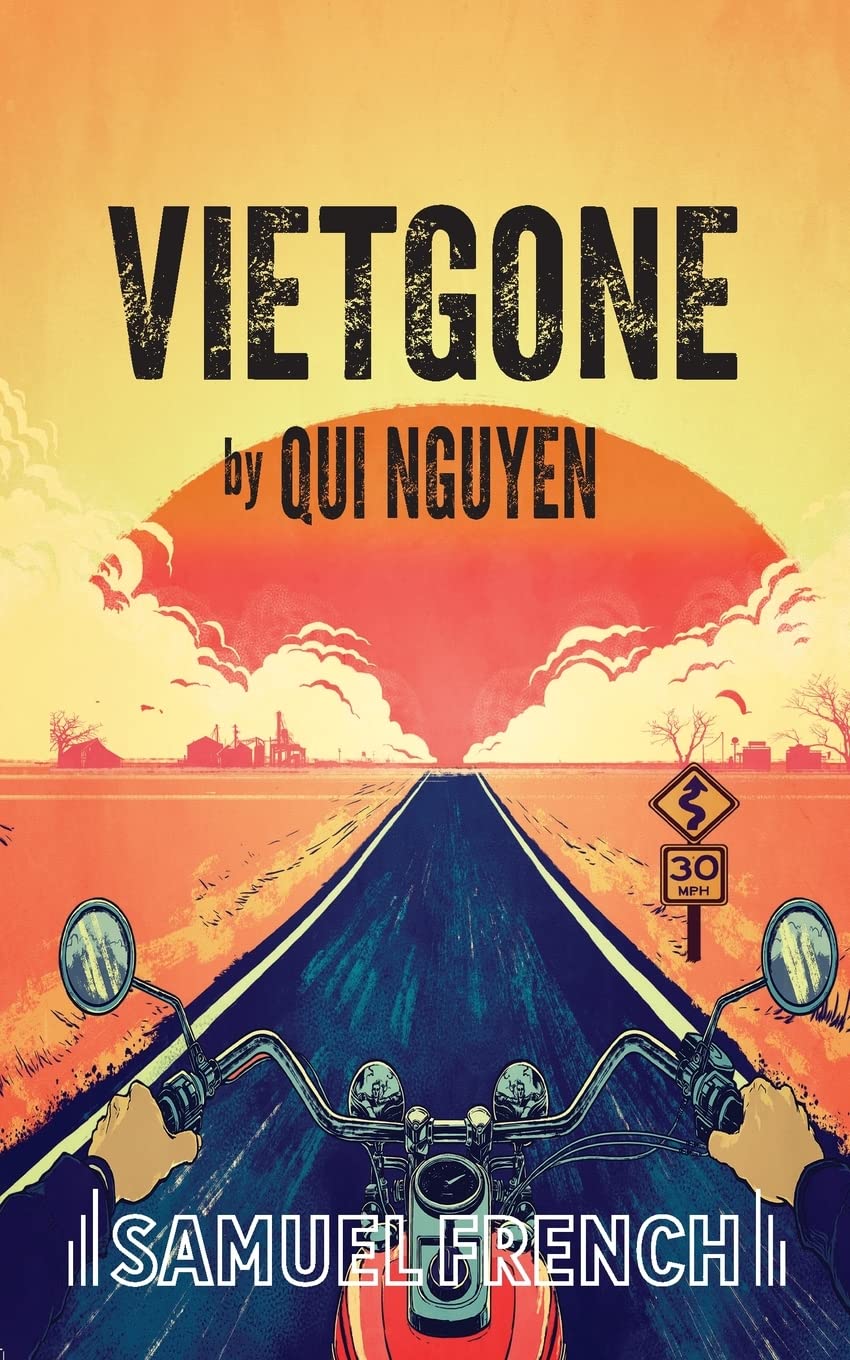 Qui Nguyen came up as a downtown theater icon with his company Vampire Cowboys, which staged plays, often written by him, that incorporated pulpy genre elements, martial arts, puppetry, and multimedia. His masterpiece Vietgone took this distinctive voice into a new register, appropriating playful storytelling techniques, big theatricality, and a hip-hop sensibility to tell a multidimensional story about how his Vietnamese parents met at an Arkansas refugee camp in the 1970s. The scrappy downtown theater visionary officially hit the big time recently when Disney released his animated film Raya and the Last Dragon.